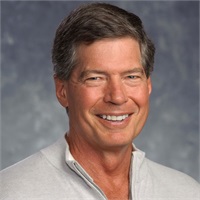 John B. Dewey, CFP®, CLU, ChFC, CKA, is the sole owner of Dewey Financial, an ever-growing financial firm located in the Twin Cities area, founded in 1975. John received his Bachelors of Science degree in Education from the University of Minnesota in 1972. In 1976, he completed his Masters of Science degree. He furthered his education with the completion of the Certified Financial Planner designation in 1987. He continues to maintain the CFP® certification along with the high level of professional standard expected of all persons using these credentials. In 1998, John completed his Chartered Life Underwriter (CLU) designation and in 2008, he completed the Chartered Financial Consultant (ChFC) certification as well.
Over his career, Mr. Dewey has won numerous awards and been a featured speaker at local and national training events within the financial industry. In 2011, he was awarded the 2011 Outstanding Customer Service Award by Allianz Life Insurance Company. Mr. Dewey is a Life and Qualifying member of the Million Dollar Round Table (MDRT), achieving “Court of the Table” and “Top of the Table” status. The National Association of Insurance and Financial Advisors (NAIFA) has awarded Mr. Dewey their National Quality Award numerous times. In 2015, Mr. Dewey qualified as a Certified Kingdom Advisor.
John and his wife are the proud parents of three children and have become grandparents now five times over. They were one of the seven founding members of Southwest Christian High School in the Twin Cities. In his spare time, John coaches football.

Qualifying membership in MDRT is based on minimum commission and gross business generated within a year. Each MDRT status designation is granted for one year only. All members must apply every year to continue their affiliation with the Million Dollar Round Table.
Third-party rankings and recognitions are no guarantee of future investment success and do not ensure that a client will experience a higher level of performance or results.
John B Dewey CFP®, CLU, ChFC, CKA 1325 E. American Boulevard, Suite 5A, Bloomington, MN 55425, (952) 854-0049
Securities and advisory services offered through Independent Financial Group member FINRA/SIPC
Insurance Services offered through Dewey Financial which is not affiliated with IFG. Kingdom Advisors is not affiliated with Independent Financial Group.